A bright PhD student in the Microsystems group at TU/e, Hossein Eslami Amirabadi, was collaborating with the group of  John Martens at Erasmus MC to develop a “cancer-on-chip” device. Hossein developed a new way of integrating a well-defined fibrous matrix structure in a microfluidic device, which enabled him to study the migration of cancer cells under well-defined conditions. In this way, he was able to study the invasive behavior of cancer cells depending on their environment as well as that of different cancer cell types. Important knowledge for understanding cancer metastasis was obtained!

At the same time, Yolande Ramos and Ingrid Meulenbelt at LUMC were studying the  development of osteoarthritis (OA) using conventional cell models, and were able to pinpoint important risk genes for OA, and possible treatment routes. But they were also interested in a more advanced model for the joint that would better mimic the human joint and enable them to investigate and understand the process better.

Hossein and Yolande met at one of the hDMT Technology workshops, and both realized immediately that they could work together: the technology of TU/e might be used to address the biological questions of LUMC. With a small NanoNextNL grant, obtained through hDMT, Hossein and Yolande could start bringing their ideas in practice. The infrastructure of Hossein’s chip could be used to create an essential ingredient for a model for the joint: a coculture of both bone and cartilage, with an interface characteristic for the joint. And they succeeded in doing this!

After this success, we realized that we could do more: we could include mechanical actuation in the chip to mimic the mechanical loading of the joint, we could add factors through the fluidics, etc. To go towards this even more advanced joint model, recently an enthusiastic Master student, Margo Teurlings from Eindhoven started her graduation work between our two groups. And what’s more, we have written an ambitious research proposal submitted to ZonMW, with support from hDMT, which will hopefully be granted so that we get the funding needed to realize our ideas.

I think this is a perfect example of how new succesful projects start: with good ideas, complementary expertise, enthusiastic people who are willing to understand each other’s fields, and hDMT connecting them! 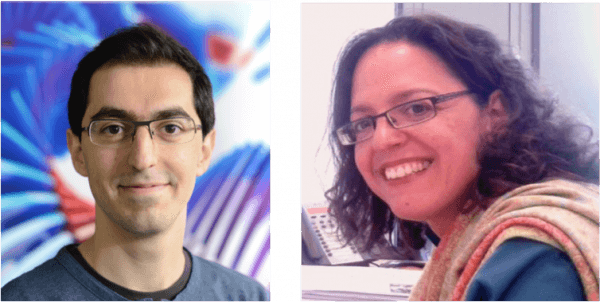