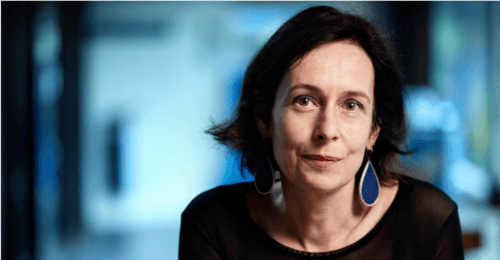 Jolanda van der Velden is chair of the Physiology department at the VUmc and co-director of Amsterdam Cardiovascular Sciences, the VUmc/AMC research institute.

What sort of research are you doing?

We focus on physiological research on heart muscle cell pathology and its translation to the clinic. The disease I am working on is Hypertrophic cardiomyopathy or HCM, a lethal genetic heart disease affecting  about 60.000 people in the Netherlands.

I applied for an NWO VICI grant three times, the last time I succeeded. And in the mean time I applied at ZonMw with the ENERGY trial proposal, which also got granted.

The ENERGY trial is a phase II randomly controlled clinical trial (RCT) in which we search for insights in how HCM can be prevented in individuals who are genetically at risk.

HCM is caused by mutations in sarcomeric proteins, the building blocks of the heart muscle cells. We found out that these mutant proteins cause an energetic deficiency of the heart, which we also have observed in human mutation carriers with no cardiomyopathy – yet. In the ENERGY trial we investigate if medication, called metabolic therapy, reverses their reduced myocardial efficiency and may ultimately prevent hypertrophy and dysfunction of the heart. Metabolic therapy should shift the energy-metabolism in the heart muscle cells away from their preferred fatty acids metabolism towards carbohydrates. This should increase ATP supply and may prevent HCM.

The medicine we will be testing in humans in the ENERGY trial is Trimetazidine, which is already on the market as anti-anginal agent. In the VICI research we will test many clinically available drugs on human cells and in mice models of HCM.

The VICI research combines in vivo imaging in humans and mice, with ex vivo tissue analyses in human and mouse models, to define the sequence of metabolic, mitochondrial and cardiovascular changes that lead from the mutation to disease. We will make tiny ‘strips’ of beating heart muscle out of human inducible pluripotent stem cells and HCM mouse models with the same mutations as human HCM patients. And then we will test drugs on them. This should establish causal relations between energy deficiency, mitochondrial dysfunction and impaired muscle relaxation. We will also test the novel concept of intermittent drug-therapy as compared to chronic therapy using clinically available drugs in mouse models to translate basic findings to the clinic. 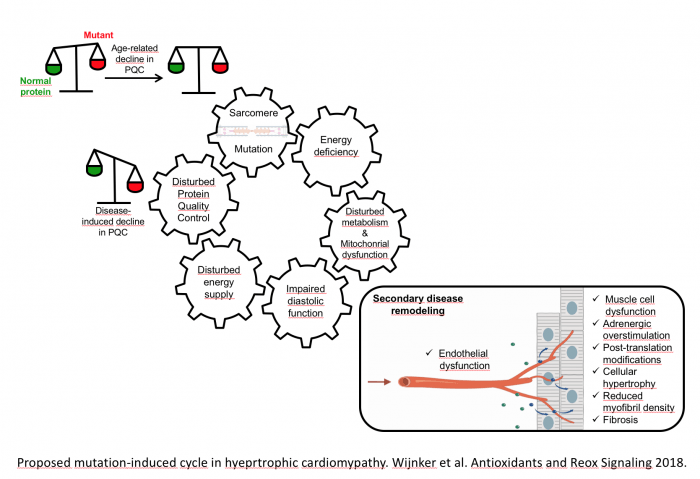 Figure 1. Development from asymptomatic mutation carrier to advanced HCM. The hypothesis is that metabolic therapy increases in vivo cardiac efficiency at the early stage of HCM. The Energy trial represents the first clinical phase to build proof for metabolic therapy as preventive therapy in HCM.

Who are you working with, within hDMT?

I have teamed up really well with Robert Passier at Twente/LUMC! We always were like ‘O, we should really collaborate sometime,’ but somehow we just never did. It starts happening when you see each other regularly. We all have plenty of ideas, that isn’t the problem. But you need to progress from brainstorming to making concrete plans. You have to ask each other about the details, like: what cells will you use, or how exactly will you measure heart  muscle function, or what mutations can you make for me? In the end you will have to decide on the research question and write a grant application. Robert wrote a really good Top Grant research proposal, partly based on hDMT meetings. His post-doc will now mutate and mature the cardiac stem cells, from which we will make muscle strips. We are not competitors, we use each other’s expertise. You can’t do research all by yourself. You need a lot of different expertises, so I will spend the 1,5 million euro’s from the VICI with a group of collaborators, which will initiate new collaborations and strengthen existing ones.

We already collaborated with scientists from the VU physics department, who are also attending hDMT meetings now.

And outside of academia we work with companies called IonOptix and CytoCypher which make instruments to study single cardiac cell physiology. This is a very good combination: we don’t have to develop readout apparatus ourselves, they do. Michiel Helmes, director of CytoCypher, has a part-time position at our department.

I was brought in by Sue Gibbs, who wanted VU/VUmc to become an hDMT member. I immediately saw a lot of collaboration potential for cardiovascular research. Which at the moment is getting a boost already, because of the merging of the two Amsterdam based academic medical centers, VUmc and AMC.

It is not very hard to merge research departments. Researchers are pretty much self-organizing particles. You cannot force them to work together. The organization can lay down the structure, but projects originate because of the individual researchers.

That is also what I like about hDMT. hDMT creates a critical mass of involved researchers, makes them meet and shows them what  expertise is located where. And voilà, everyone can create his or her own collaborations as needed. For me this means that I know now which parts of my research project should be done here at VUmc, and which ones I’d better ‘outsource’ to other hDMT partners.

What could hDMT do better?

We have an hDMT platform meeting twice a year now. I’d like to do that more often with a specific research question in mind!

What else do you need from hDMT?

I would like to meet bio-engineers with an interest in optimizing our HCM model.

And engineers that can design and build a chip that acts as a pacemaker.

Because we know that the endothelial cells within the blood vessels in the heart change because of the disease, we also need a model with blood vessels running through our engineered heart muscle. Making cardiac muscle cells and endothelial cells ‘happy’ under the same ex vivo conditions will be a challenging adventure. And we need the pacemaker function because mature heart cells do not contract without rhythmic electrical stimulation.

With joint expertise, we  could develop a perfused heart-on-a-chip model, an ideal system to study HCM in!