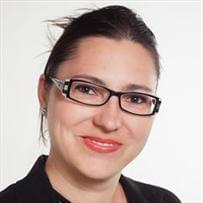 A few years ago, while interviewing for a Rosalind Franklin Fellow position at the University of Groningen, I was asked a very intriguing question by a member of the interview committee: “how could microfluidics contribute to the field of neuroscience?” The questioner was Prof. Elizabeth Verpoorte, and her question gave me a clear picture of the integrative and collaborative research environment in Groningen. This became more concrete over the years that followed as the two of us, together with two Master students, started to build multicompartment microfluidics chambers to grow cells and primary neurons.

In the same collaborative spirit, we were later joined by Prof. Reinoud Gosens, who became intrigued with the idea of integrating the brain chip into a lung platform. Together, we were successful in obtaining funding from MKMD program (ZonMW, Meer Kennis met Minder Dieren), which allowed Pien Goldsteen to join us for her PhD and work on this chip. The preliminary data that we obtained on the integration of the generated peripheric cholinergic neurons from iPSC is very exciting and will help us to better understand the pathophysiology of the lung.

The research focus of my group is on studying the molecular mechanisms of neurodegenerative diseases, including Alzheimer’s and Parkinson’s disease. These diseases have no cure at the moment, and the current medication only slightly ameliorates the symptoms, without offering a real comfort to the millions of people affected. Though inflammatory processes are strongly associated with the pathology of these diseases, animal models have failed to provide a good understanding of the contribution of these processes to the onset and progression of these diseases. 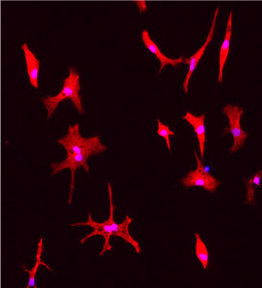 Moreover, recently many researchers have started to realize that the current treatments fail to restore brain function, largely because the targeted pathways involve neuronal-centered theories. Microglia, the immune cells of the brain, represent the focus of recent investigations, due to many GWAS studies indicating that the myriad of genes and associated pathways altered in neurodegenerative diseases come together in microglial cells. (Photo: human differentiated microglia, credits Angelica Saboga.)

Human microglia on a chip

Though human iPSC-derived neurons have been generated for almost a decade now, studies on human differentiated microglia have only recently emerged, during the last 2-3 years. This has opened a completely new horizon for our group and we have started generating human microglia derived from iPSCs of healthy subjects and Alzheimer’s patients. Talented and enthusiastic Postdoc, Marina Trombetta Lima and PhD students, Angelica Sabogal and Alejandro Marmolejo Garza are involved in the generation of these human brain cells. Understanding the relation and interaction between different brain cells is now possible by using microfluidic chambers with multi-compartments. This system offers the possibility of adding cells in different compartments and asking specific questions linked to either the initiation or propagation of disease pathology. 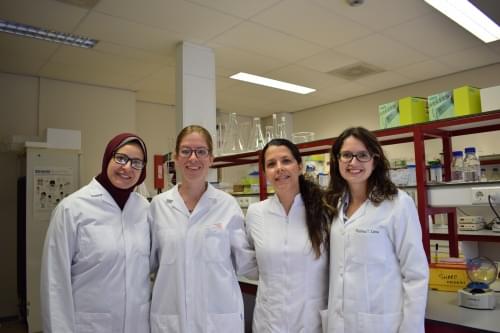 The meetings on Brain-on-Chip organized by hDMT have been instrumental in supporting and providing great ideas for our work. For example, together with our collaborator Prof. Steven Kushner, we have successfully obtained funds to study the contribution of various Alzheimer’s disease mutations to neuronal degeneration and inflammatory processes. We are very grateful for hDMT’s concept and vision on integrating and facilitating collaborations within the Netherlands, which are sometimes difficult to establish for a foreign researcher, new to the field and the Dutch scientific society. We are very enthusiastic about these new opportunities and look very much forward to work on this exciting field with more hDMT colleagues.