ORCHID revealed the users’ needs and the main challenges for the future of Organ-on-Chip via literature studies, interviews and expert workshops, which formed the basis for the Organ-on-Chip roadmap. This roadmap defined different building blocks, among which qualification, standardization and production and upscaling of Organ-on-Chip are the major challenges for wide acceptance of this innovative technology among academics, regulators and end-users. With hDMT INFRA, NXTGEN HIGHTECH and the development of open technology platforms, like TOP and SMART OoC, hDMT contributes to the implementation of the roadmap. 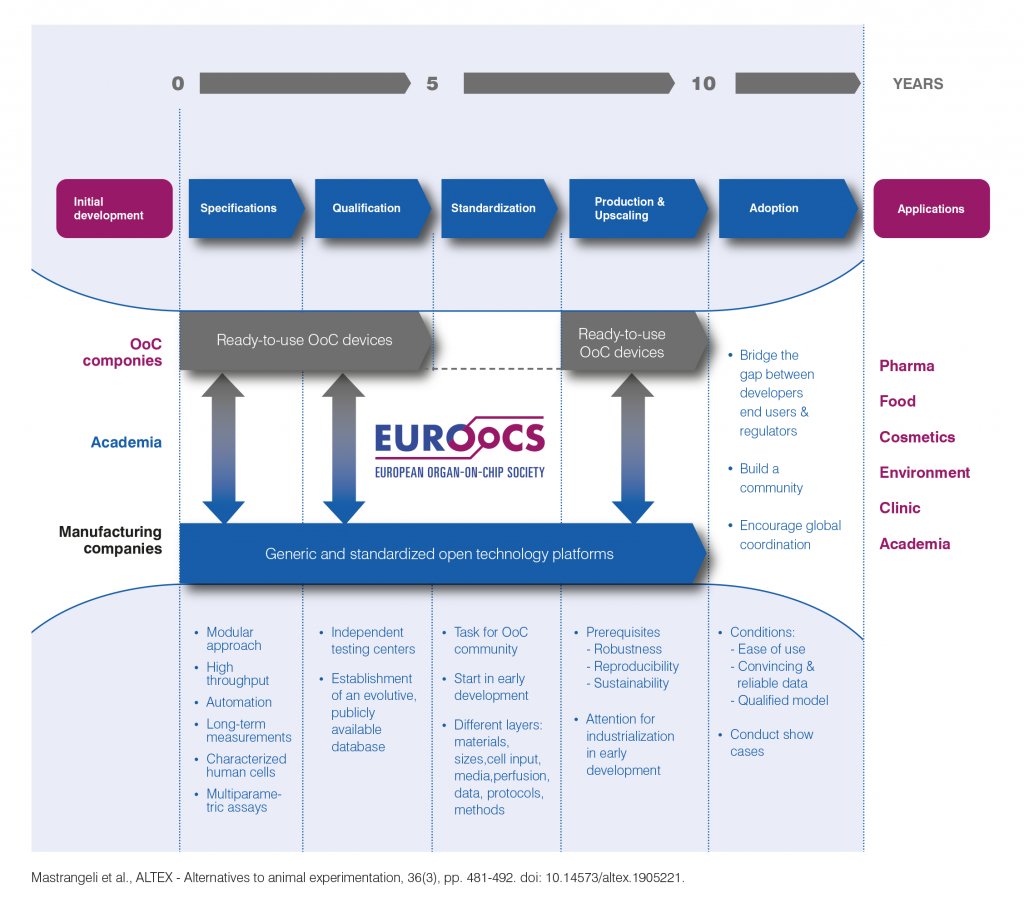 EUROoCS unites all relevant European stakeholders, from developers to end users and regulatory bodies, and aims at promoting and developing Organ-on-Chip research, providing opportunities to share and advance knowledge and expertise in the field towards better health for all. EUROoCS has grown to a society with more than 500 members, an executive Board including 4 hDMT scientists, and two Advisory Boards (Regulatory Advisory Board and Industrial Advisory Board). hDMT supports the society regarding member administration, newsletters, website, organization of the annual conference, finance and sponsorship. Everyone world-wide is welcome to become a EUROoCS member and benefit from the many advantages of this membership.