Why are you leaving hDMT? 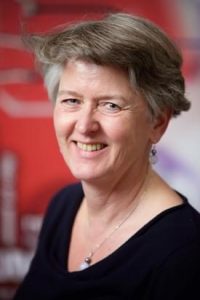 Since my arrival at hDMT in 2015 I have combined my 2-day position as its managing director with another position at the Lorentz Center. The combination of hDMT with the Lorentz Center has always been a natural balance. I believe in hDMT as an innovative and constructive research organization and I was therefore very happy to continue to be part of the hDMT management when I moved to manage the Mathematical Institute of Leiden University last year. However, it turned out that the Mathematical Institute requires my full-time commitment. I found it difficult to be in between the two as it was not ideal for either side and certainly not compatible with my inherent desire to do a job well. Although it is with genuine pain in my heart that I am leaving hDMT, I am also confident in the future of hDMT. Both hDMT and the Organ-on-Chip (OoC) field have firmly established themselves since my start in 2015. hDMT is a mature organization with a bright future.

What has happened since hDMT started in 2015?

In 2015, the researchers affiliated with hDMT all said they were part of hDMT to achieve more than they could within their own scientific environment. Yet, few worked together – simply because of a lack of funding. We have now managed to get out of this vicious circle by generating preliminary work that led groups of researchers to acquire funding to conduct joint research. Researchers got to know each other in the theme group meetings, the hDMT management has put OoC on the research agendas in the Netherlands and Europe, and the researchers are now collaborating in funded research projects – including larger programs as Zwaartekracht (NWO Gravity), NWA and recently also NWO-AES Perspectief. We have developed a network of academic researchers from the 14 hDMT partner institutes in the Netherlands and from European research groups from more than 30 countries united in EUROoCS. hDMT and OoC research are well known in the Netherlands and abroad, as exemplified by regular interactions with, for example, the Topsector Life Science and Health, the Netherlands Enterprise Agency RVO or the European Commission in Brussels. In addition, we have set up a network of almost 170 private parties interested in the development of OoC technology, including small and large companies as well as health organizations and foundations such as Proefdiervrij. This is very valuable for both hDMT researchers and private parties to find each other for collaboration in new research projects. Together these networks allow OoC research to flourish.

How is hDMT different from other research consortia?

Most research consortia are initiated as a large research program funded by NWO, NWA, EU and the like. These consortia are usually very productive but also tend to fade out after the grant has expired. hDMT is a consortium that started without grants or structural funding. We started from scratch with just 20 k€ per year from each partner organization. That was far more difficult but it also gave researchers the freedom to conduct the research that they find useful and promising. hDMT is also a consortium with a ‘support office’: the hDMT foundation. The hDMT foundation stays a few steps ahead of the researchers, so that things are there when necessary for the next step towards implementation of research results, for example by setting up OoC training and test centers in the Netherlands and Europe. These two pillars together: research freedom and paving the way to implementation is what distinguishes hDMT from other consortia in my opinion.

The Netherlands is a leader in technical engineering and the biological aspects of OoC technology and leading scientists are affiliated with hDMT. But hDMT also offers a platform for the next generations of OoC researchers, from upcoming group leaders to PhD students. In combination with the principles of research freedom, this makes it possible to think out of the box and to explore novel research directions. Last but certainly not least, hDMT researchers are open to collaborations without competition. The people hDMT attracts are of course at the heart of the organization and it is good to see that they are dedicated, friendly and just nice. In my opinion, this is essential for establishing lasting collaborations and is stimulated by the way of operating within hDMT: openness and constructivism to jointly develop OoC technology.

What do you expect from hDMT in the future?

I have a lot of confidence in hDMT and the OoC field. I dare to say hDMT is the OoC field. They are steadily growing into a field where academic research is reaching the market. hDMT is and will continue to evolve – as it should. It is the solid basis for a fruitful and lasting research consortium. I find it difficult to say goodbye to hDMT, but fortunately it is in good hands with Janny van den Eijnden-van Raaij, Christine Mummery, Astrid van de Graaf and Ellen Thomassen of the hDMT foundation and all affiliated researchers. I thank everyone for the wonderful years of working together and I wish hDMT a bright future.