On Friday, November 19th, 2021 Pim de Haan successfully defended his PhD thesis titled ‘Microfluidic digestive systems for drug analysis’ at the University of Groningen. He conducted his PhD research in the Pharmaceutical Analysis group at the Groningen Research Institute of Pharmacy, with Prof. Sabeth Verpoorte as thesis advisor and dr. Klaus Mathwig as co-adviser. 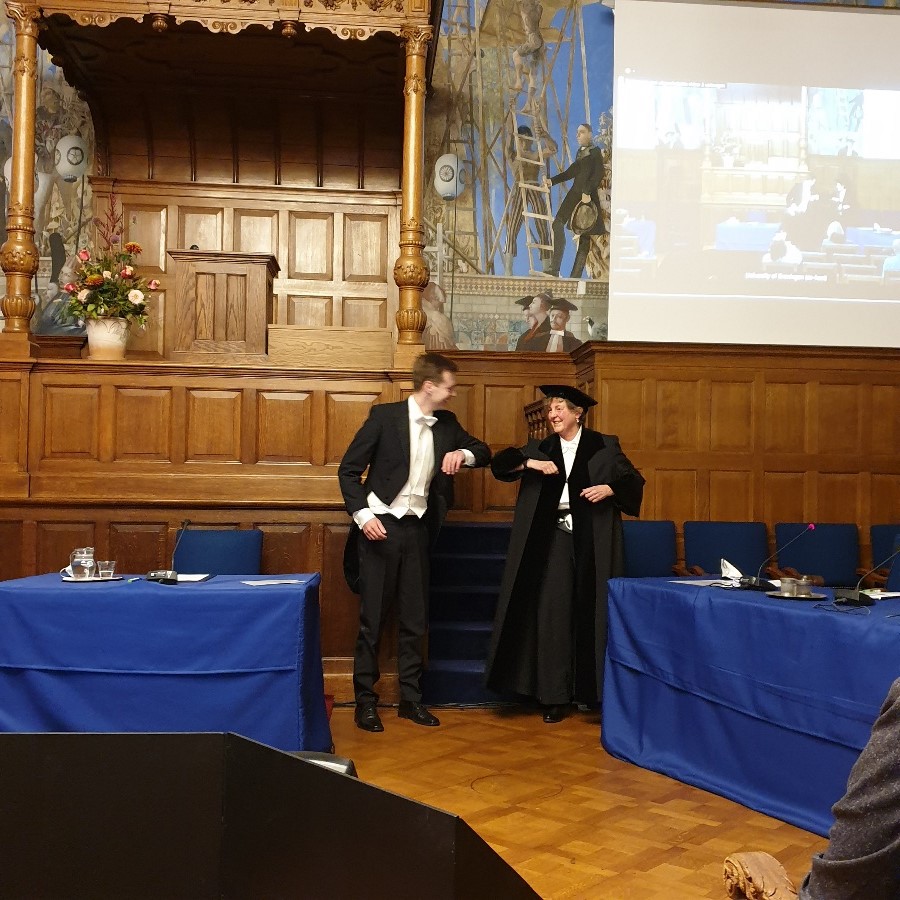 His research, which was funded by the Dutch Research Council (NWO), focused on the development of gut-on-a-chip devices for drug and toxicology testing. In collaboration with Wageningen University and a team of industrial partners, a modular system was developed with a gut-on-a-chip at the center. First, samples containing drugs, food, or toxicants were exposed to a three-stage digestive system, in which the digestive processes of the mouth, stomach, and intestine were mimicked with artificial digestive juices. The resulting digested material, or chyme, then entered the gut-on-a-chip module. There, the different medicinal drugs and toxicants could be brought into the gut lumen to study their uptake into the body. Both the upper and lower channel of the gut-on-a-chip were connected to an online detector, which measured the drug or toxicant molecules by state-of-the-art mass spectrometric techniques. 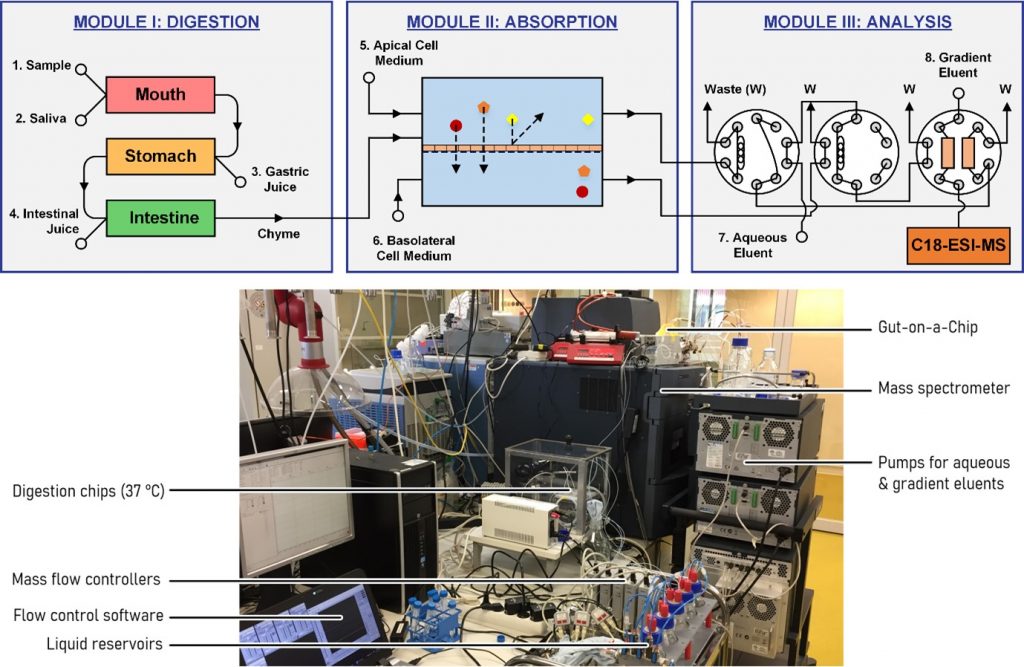 Several drugs were tested using this system, even when co-administered with a food matrix or emulating an “enteric-coated” drug formulation. The developed system has great potential in the future of drug testing, as it allows to study uptake of drugs and toxicants, as well as the interactions they may have with the co-administered food or other drugs. Other topics included in his thesis include miniaturization and characterization of the digestive processes of both adults and infants, as well as several tools and devices for organ-on-a-chip research and enzymatic reactions. Pim’s thesis is available via this link.
He is currently employed at the University of Groningen as a postdoc.