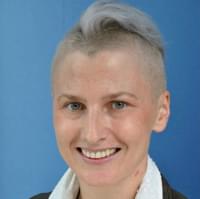 In the Lymphchip project, a consortium of researchers, engineering companies and pharmacists now takes these chips to the next level by adding a functioning immune system.

Valeria Orlova, assistant professor at the Department of Anatomy and Embryology at Leiden University Medical Center and leader of the LymphChip project explains: ‘When we are able to include lymphatics in organ-on-a-chip systems, we will not only have a system that can mimic the immune response of human organs, which will significantly expand their potential applications in research. We will also have a system to study the development and function of the lymphatic system itself in more detail. And that is of crucial importance, since there are many signals that the lymphatic system has a more widespread influence than thought before: there are indications that it might contribute to digestive diseases such as Crohn’s disease and even to neurological disorders like glaucoma and Alzheimer’s disease.’